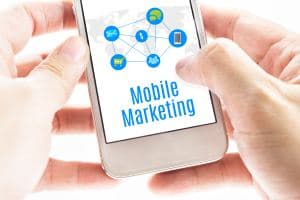 Mobile Marketing: The Challenges and Opportunities

Why are we talking about mobile marketing? It is changing the way consumers interact with brands and consequently vice versa. Virtually, everything is accessible on mobile today, from e-books to e-commerce. This means consumers can constantly interact with your brand irrespective of their location. To illustrate, customers don’t necessarily need a laptop to read emails or conduct online shopping. And neither need to sit in front of a television to get entertained or watch the news. Do Most Marketing Departments Even Need IT?

Published in Marketing
Back in 2003, Nick Carr wrote an interesting article for the Havard Business Review titled “IT Doesn’t Matter”. This obviously had a lot of headline readers furious. With a worldwide IT spend of $2.6 trillion dollars, it’s no wonder why Nick Carr was labeled a heretic and blasphemer. It seems we live in a day and age where assumptions about IT run rampant. Ever since a young Intel engineer named Ted Hoff, back in 1968, found a way to put the circuits necessary for computer processing onto a tiny piece of silicon, the business world has dubbed IT as the backbone of commerce. And there’s no doubt that this assertion rings true in many ways since it spurred a series of technological breakthroughs—desktop computers, local and wide area networks, enterprise software, and the Internet. It's All About The Research And Strategy

Published in Marketing
Here and there we find ourselves hitting a stroke of luck without any intention or guidance. No matter what area of business you are in, these random unforeseen victories are few and far in between. In order to sustainably build your firm’s standing in the market, you need to have a clear aim at the target. Let’s take a look at how we approach making growth attainable through strategic marketing: A Special Breed Of Marketers

Published in Marketing
As Marketers we are always looking for ways to think outside the box, coming up with new approaches to showcase our products or reach new audiences. However, this isn’t as easy as it sounds. Throughout the marketing mix emerges a balance of structure and chaos. Walking this fine line takes a special mind, and we’re going to look at why this is. Published in Culture
Back in the good ole’ days we used to speak to each other completely differently than we do now. Granted I am a millennial and aren’t that old, but I can definitely see a vast change in the way our parents and ourselves interacted as kids. We converse informally and we internalize it now. This has caused marketing professionals to make vast adjustments across the board and take an unusual route to engaging the younger generation. Published in Marketing
Have you ever found yourself working with a marketing firm who kept you in the dark? This is probably occurring because they do not want you to know what they are doing or how well their efforts are performing. We’re going to look at a few ways to establish a open, honest, and transparent relationship between you and your clients. Getting The Most For PR

Published in Marketing
The world of public relations can be summed up in three words: chaotic, wild, and tedious. Don’t get me wrong, public relations is an exciting facet to the marketing mix, but it isn’t for everyone. After personally delving into the world of PR and having several press releases published, let’s take a look at a few key takeaways from my recent experiences. Published in Marketing
What are some reasons why you would shy away from looking into an outsourced marketing firm? Is it cost? Is it a bad experience previously? Or is it simply not trusting anyone outside the confines of your business?

Marketing is one slippery slope to take on. No matter how much time one can invest in understanding marketing, there will always be more to learn, especially with technology leading the way and evolving ever so relentlessly. With that being said, let’s take a look at some common problems that businesses come across when outsourcing marketing.

Balance Between Work And Play

Published in Culture
Finding the right work-life balance can be one of the most challenging feats to achieve for both businesses and for professionals in the workplace. Many times it seems as though we find ourselves on either side, either too focused on work, which affects our personal lives and relationships. And on the other hand, we may get too wrapped up in our personal lives that we let it affect the way we work. In this article we are going to take a look at what drives this work-play balance, and what it could do for you. The 5 Parts Of An Effective Advertising Process

Published in Small Business Marketing
You have already created the ad script, the ad objectives, and the ad design...and you’re probably thinking “once this gets posted we are all set to start seeing results”. Unfortunately, this doesn’t always happen. In most cases, developing an effective ad is much more than just aesthetics. In this blog we will examine 5 key drivers of best practice advertising.
Jan 27, 2017
Be the first to comment!
Read more
Page 1 of 3